The projects taken up by the department can be broadly classified into three major categories on the basis of sources of funding:

The Major & Medium Projects that received the central assistance under AIBP are:

The department has also received assistance from Government of India under AIBP for implementation of Minor Irrigation Projects in batches.

Under Minor Irrigation sector, Irrigation Department received sanction of 778 nos. of Minor Irrigation schemes since 2001-02 up to 2013-14. Out of these, 555 nos. have been completed upto June 2017 creating additional potential as well as revival of lost potential by improvement of old schemes.

In the first phase of this program, in General Area, 86 Nos. of ongoing Minor Irrigation Schemes - both surface and ground water were taken up in the year 1999-2000 out of which 82 could be completed.

In the second phase, works of 22 Nos. of ongoing Minor Irrigation Schemes were taken up out of which 20 Nos. have been completed.

Command Area Development and Water Management (CADWM), a centrally sponsored Programme was launched in the State in 1974-75 with the main objective for bridging the gap between potential created and potential utilized through efficient transportation of irrigation water up to farmer’s field through field channels and for equitable distribution of irrigation water with Participatory Irrigation Management through Water Users’ Association.

In addition to this, as per new programme Incentivization Scheme for Bridging the Irrigation Gap (ISBIG), the department has proposed another 15 nos. of Minor Irrigation Projects and 3 nos. of Major ongoing Projects under CADWM programme.
Funding Pattern :: Central : State = 50:50

One time ACA are the assistance provided by the then Planning Commission for particular States for undertaking important State specific Schemes. This funding is non-recurring.

Bordikorai Irrigation Project under Itakhola Division(Irrigation) in Sonitpur District is the only irrigation project that had received an amount of Rs. 47.22 Crores with an aim to revive 16994 hectres (NIA) ravaged by devastating flood in July 2004.

Gingia DTWIS with seven points in Gingia Gaon Panchayat of Baghmara Development Block under Behali LAC is a new initiative powered by Solar Energy. Each point would cover 20 hectares each.

Under this programme, 4 nos. of schemes have been completed during 2014-15.

Under CM’s special package, work of 2 schemes in Dhemaji District and 2 schemes in Barak Valley have been taken up out of which 2 schemes have already been completed.

Under this scheme on an experimnetal basis, Electric and Solar hybrid power operated 71 tubewell points were installed in Majuli (20 Points), Sonitpur district (20 Points), Kamrup District (20 points) and Cachar District (11 Points). All of them has been successsfully installed and 142 Hectares of irrigation potential in NIA was created.

Under SCSP funding, the department has taken up works of 274 nos. of Minor Schemes during the period of 2005-06 to September 2018. Till May 2019, 234 schemes were completed, Works continuing for 34 and 6 has been propoed for abandonment for various reasons.

Under TSP funding, the department has taken up works of 109 nos. of Minor Irrigation Schemes during the period of 2005-06 to September 2018. Till March 2019, 96 schemes were completed.

Introduced in the financial year 2017-18, it is a State fund for top most economic priority development.

The Department receives some funds for meeting up regular maintenance and operation cost of schemes. Though it is very meagre compared to the total number of schemes and potential coverage, department tries to keep the schemes in operation through judicious use of maintenance fund under Revenue Head. Apart from the regular amount, the department got some special funding in the recent past as shown below:

A 100 days programmes was taken up from the regular M& R fund by the present government immediately after coming to power to bring into operation 54 nos defunct and partially operative schemes. All the targeted works under this programme were completed.

Under this programme funded by the World Bank, 222 Minor Irrigation Schemes in General Area were picked up for rehabilitation. Out of these, 192 Nos. were completed.

B. National Bank for Agriculture and Rural Development (NABARD) assistance

RIDF XXVII: Launched in 2021-22. A list of 20 schemes submitted to NABARD authorities for approval.

In addition to RIDF, a sanction for Quantum of Loan: Rs.118.46 Crores is under process under Long Term Irrigation Fund(LTIF) to complete the balance work of Dhansiri Irrigation Project.

Under NEC programme, 2 nos. of Minor Irrigation Schemes are completed. Works of another 2 nos. are in progress. 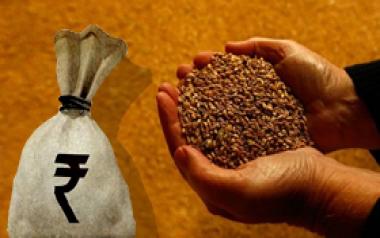